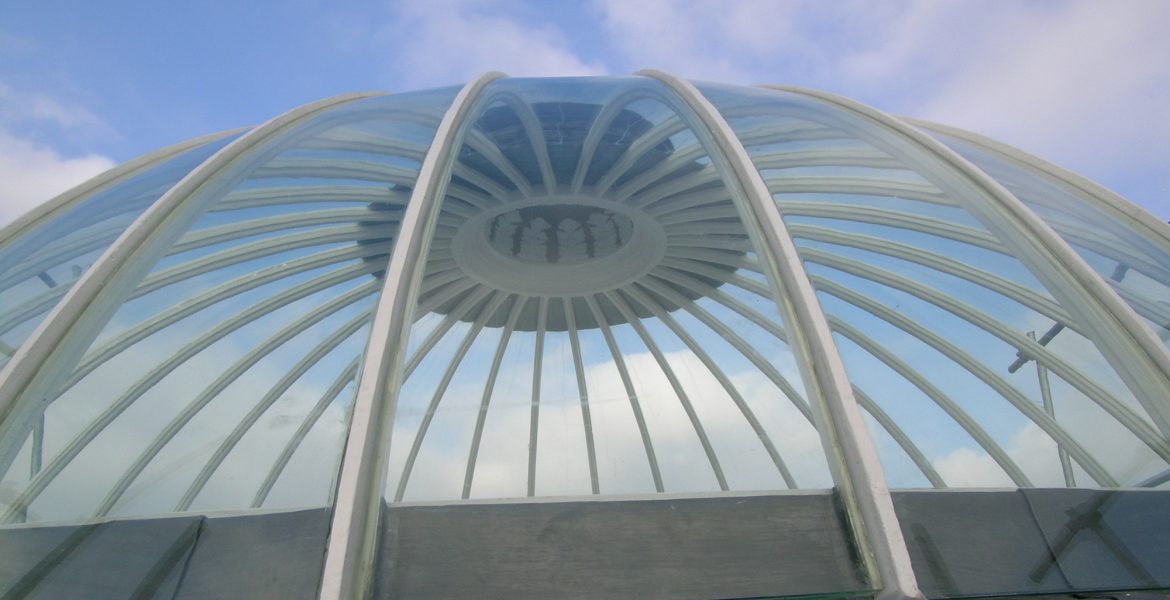 The dome is part of an important 19th Century heritage exhibiting the technology of the period and including classical motifs such as the acanthus leaf decoration around the perimeter of the cowl. It maintains the classical style which is very prominent in the stuccoed front elevation of the school and continued internally through the use of Tuscan pilasters and niches forming a peristyle-like rotunda at the centre of the building.

The glazing was severely stained and not original, apparently polycarbonate or a similar. The dome’s glazing was blackened, no longer allowing much day-light through and there was water damage below owing to rainwater ingress and condensation build-up.

The work included restoration of the cast iron ribs by cleaning off the layers of paint and replacing or repairing damaged sections. Where replacement was required this was done
by taking mouldings of original sections. The glazing was replaced with clear laminated curved glass. Internally the wall finishes forming part of the external envelope, were severely damaged by water. These finishes were restored following the re-instatement of local ventilation and the introduction of a vapour barrier.

The dome was dismantled and its refurbishment was carried out off-site to allow the work to be done under controlled conditions and with the school to operate safely under the
protection of a temporary cover. The dome was removed at the October half-term 2008 and the replacement of the dome took place in the Christmas vacation when the building, was again unoccupied. 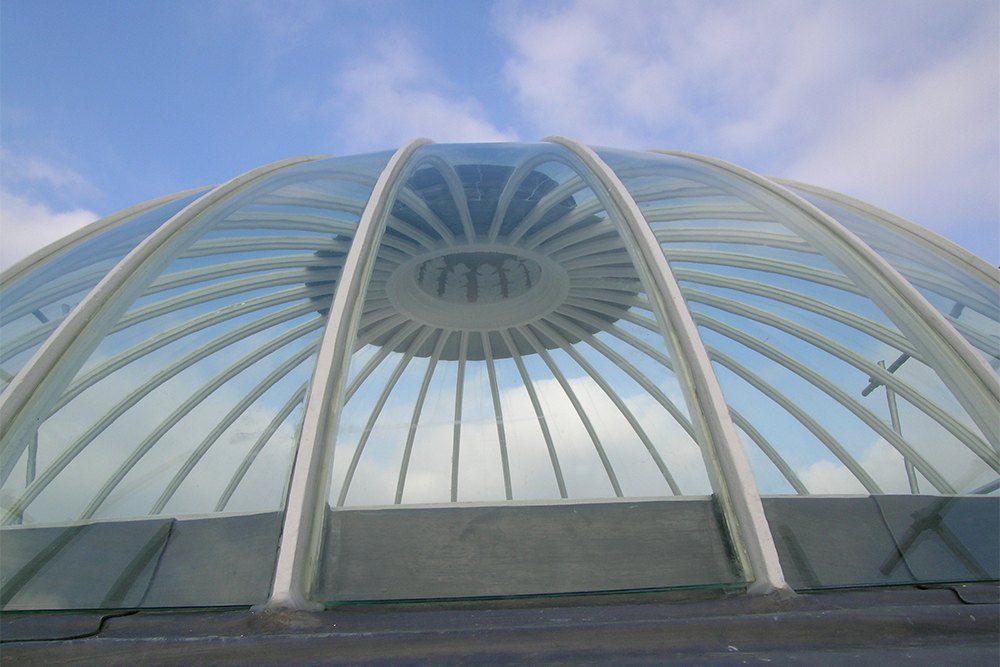 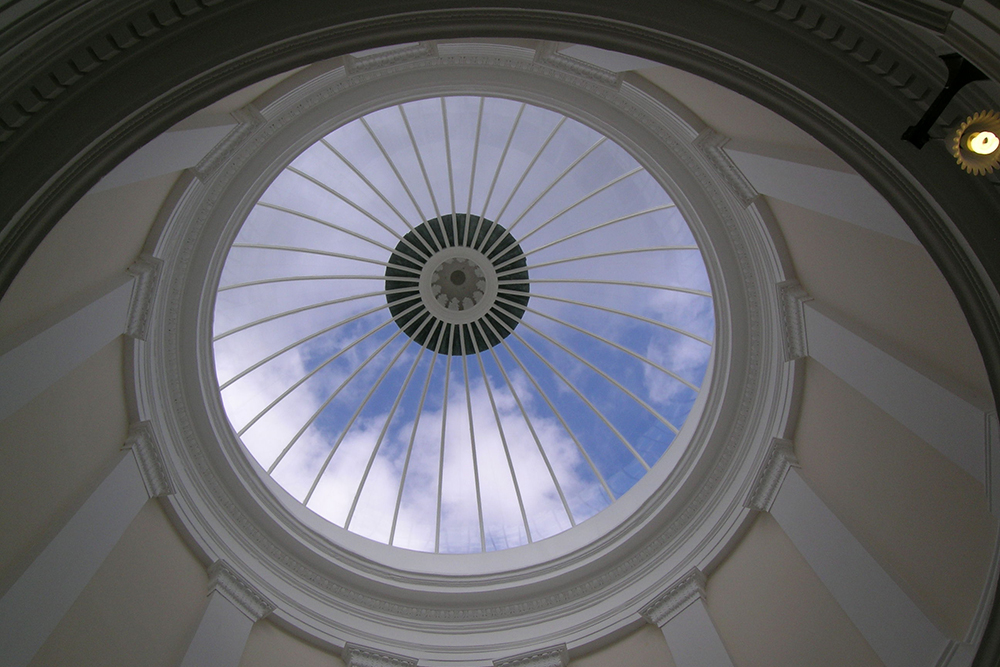 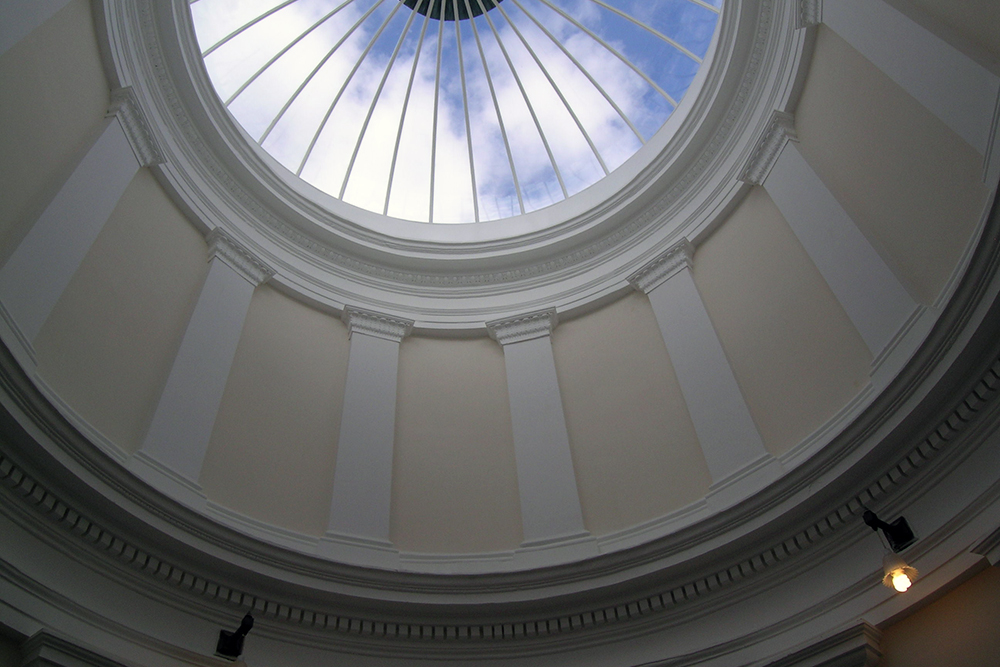 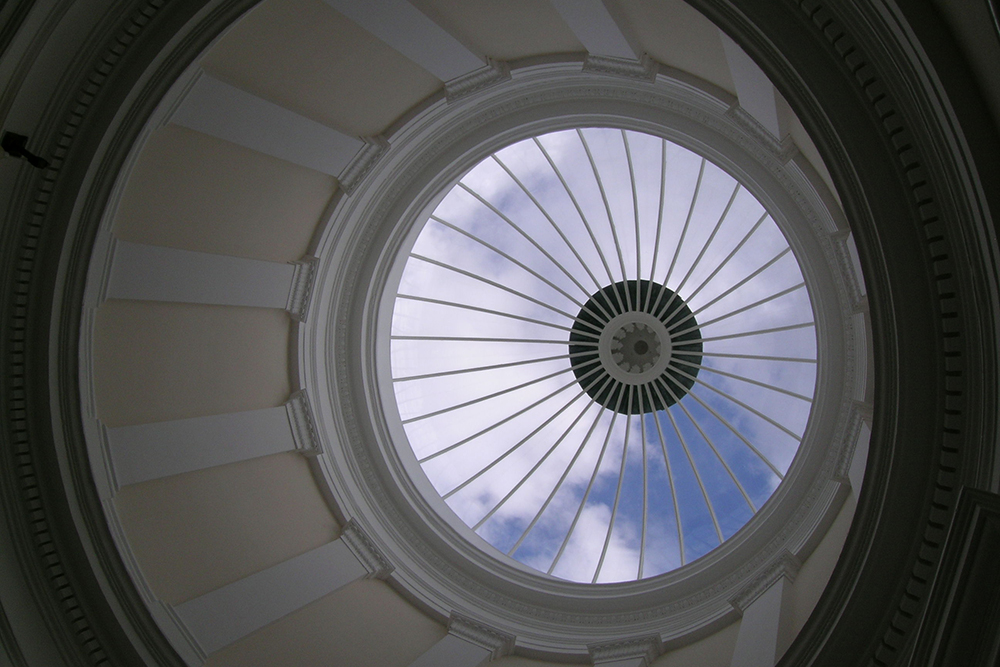 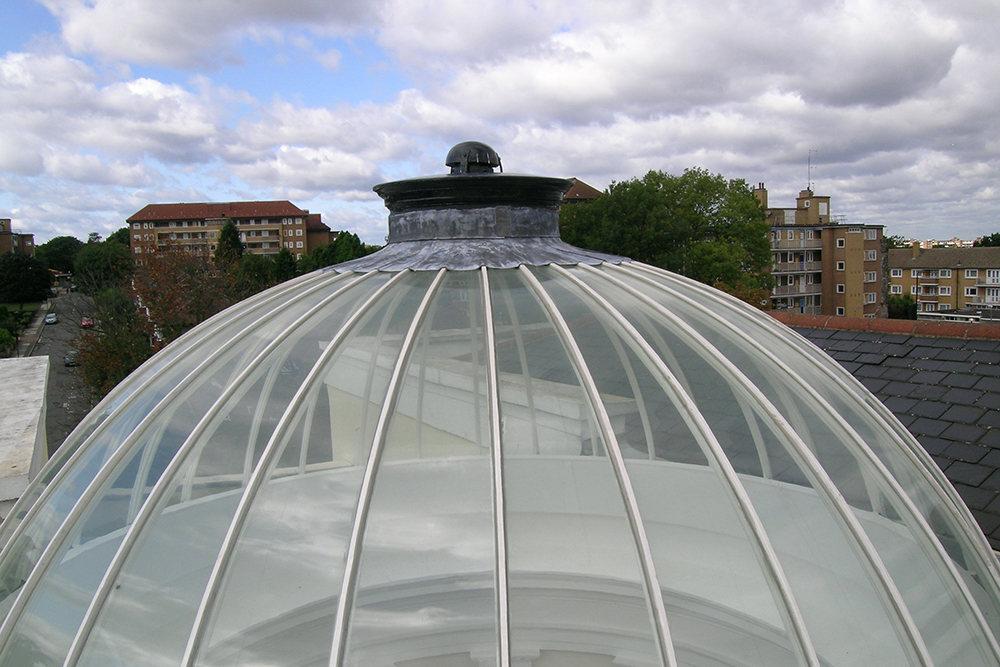 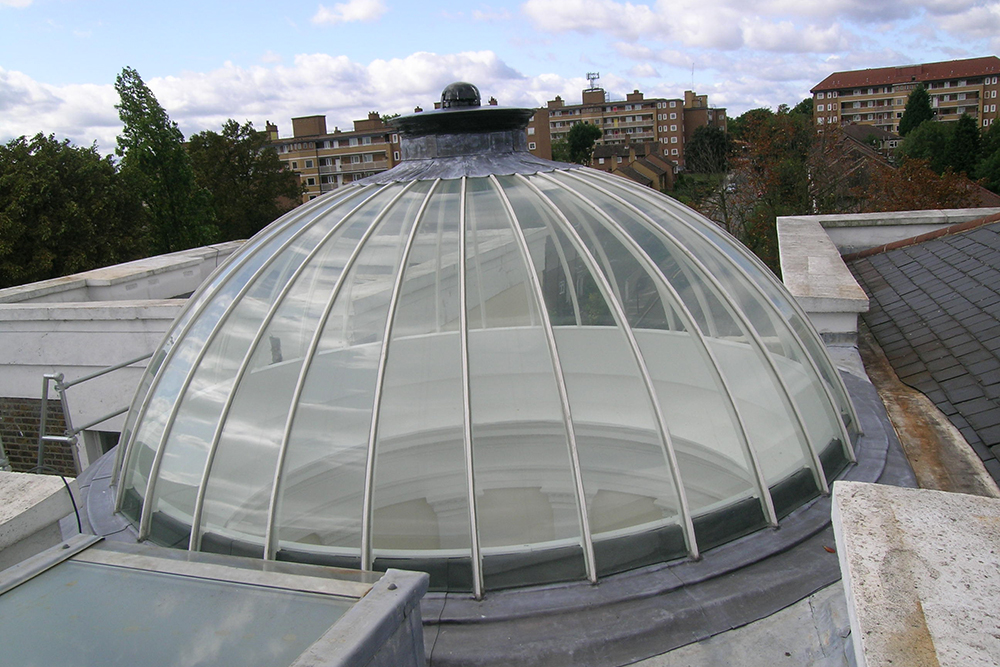 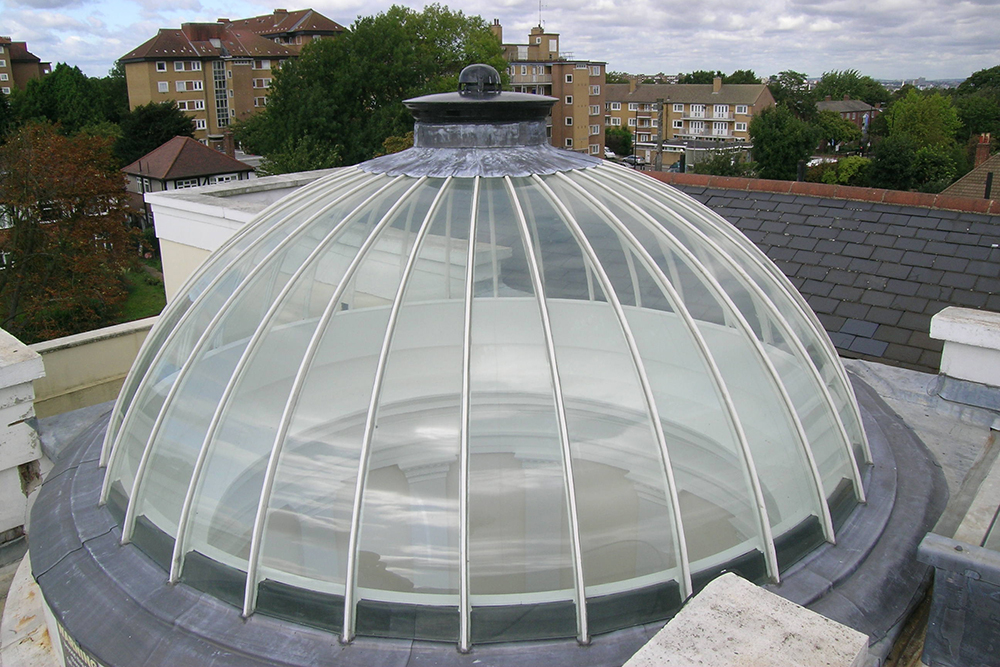